A marketing mind like mine is troublesome at times and forever looking for new creative connections or media that will appeal to consumers.

I found myself thinking about advertising on bus backs the other day, remarkably unsuccessful if you are looking to optimise for take on cost in my experience, but I was thinking about new, different, media opportunities for 2013.

Only a couple of weeks ago in a presentation I found myself referencing subliminal advertising, and a recent drive took me along one of my favourite stretches of road – past the distribution depot near Worksop for B&Q and past the Wilkinson HQ and distribution centre.  Regular readers of this blog will know of my love for the Wilkinson brand. They do things very well in my view, from advertising to living by their brand values and ethics.

Unconnected you may think, well not to me … and I accept this blog may run a risk of me being seen as a bit of a geek !! But here goes anyway …

Subliminal advertising was a hoax initiated by James Vicary in the US in the 1950’s.  He reported that he had managed to induce cinema goers to drink more coke and eat more popcorn thanks to single frame images he had spliced into a film.  It took him 20+ years to admit this was a hoax and that it was driven by a desire to promote his marketing consultancy.  The effect lingers on however … just try searching subliminal advertising !  It still induces consumer fears of manipulation even today.

But maybe subliminal advertising is still relevant, at least in spirit.  I interpret this as being almost unconscious awareness and this is where my thoughts about lorries come in … see I told you this ran a risk of being a bit geeky …

Driving past B&Q distribution depots you realise a number of things;

They just reinforce the brand though, Wilkinson’s on the other hand have taken their use of freight advertising a step further.  They are using powerful visuals that are immensely appealing and have incredible standout as you drive past, either single lorries or, their depot.  The beauty of this is that they are timeless to an extent as well, no need for continued upgrades, they are not campaign specific.

Why is this remotely interesting I hear you ask; well, the amount of domestic tonnage shifted by road in the last year has grown to over 400 million tonnes and so even if there are the same number of lorries moving about they are becoming more visible.  Alongside Germany, France and Italy road haulage volume has been consistently growing since 2009.  I am indebted to the fascinating DoT Road Freight Statistics Quarterly bulletin for this insight – a real page turner I might add!

Of course the exemplars of extending haulage into its own marketing success story are Eddie Stobart – from toys to TV shows to fan clubs.  But they are building their haulage brand B2B and that must have worked brilliantly. In fact if I need a haulage brand I would think of them first, then Norfolk Line – because I love their branding !  Ok I’d go for Norfolk Line just because of the branding, what can I say, I’m shallow !

If Eddie Stobart is the exemplar in extending the brand then we should look at how the worlds most ubiquitous brand is using haulage to sense check if B&Q, Wilko’s etc have something:-  Coca Cola. 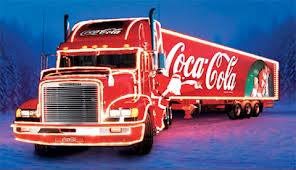 Even Eddie Stobart tried something different with the Rugby League sponsorship on lorries, deemed to be a failure by the RFL and Rugby League supporters, but perhaps that is only because it was too few lorries for too short a period?

One other company who have done some clever things very well, in my mind, recently are Currys & PC world.  Their co-branding makes sense in how they present it and connect it using colour.  A step further for them is the use of the “Knowhow” branding.  On lorries this is clever and engaging – look out for the messages on the lorry backs – funny and relevant (and the font is big enough to carry impact). 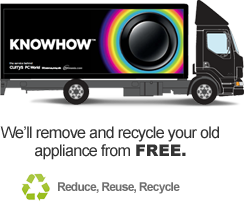 If you do that, maybe, just maybe, this will become a form of subliminal advertising in a way that works, after all Stobart have managed to create a very strong brand in the UK and extended it into areas well beyond traditional haulage.  Now back to the lovely Norfolk Line branding ….

3 thoughts on “The new subliminal marketing”