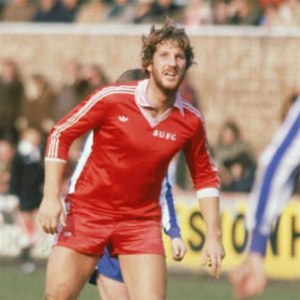 The clocks going back an hour this weekend prompted an innovative advertising campaign this year.  I heard this radio campaign at the same time as I was reading a news story on sports science that posed the question “have we seen the end of duality in sports”.

The article used cricket and football as a start point, Ian Botham in particular.  Ian played 102 tests for England at cricket and at the same time made 11 Football League appearances for Scunthorpe United having already played non-league football with Yeovil Town.

You can imagine that, since the 1980s when he was at his peak, training and sports science has evolved massively … but the fact remained there are many more examples of sports stars moving from one sport to another sequentially.  It requires an exceptional attitude and sporting prowess to do so simultaneously.  Especially in such different sports … Rugby Union and League have sufficient similarity (at least in back row) play to make switches more common, but a bat vs feet ?  Botham was a rarity.  Eric Liddell was another high-profile dual sports star, a Scotland RU winger and Olympic gold medal sprinter at the same time – reliant on sprinting in both though.

So what’s the connection with Marketing? Well I appreciated the heads up on Classic fm this week to the fact that the clocks go back … but what I thought was exceptional was the simple messaging of the radio ad.  In short it was a call to test your smoke alarms as you walked around your house changing your clocks.

A great call to action: clear benefit & the timing was perfect – it aids efficiency and whilst the two tasks are unrelated … they work well together by the commonality of convenience.  The 226 people who have sadly passed away in he 12 months since we all changed our clocks, as a consequence of house fires … makes the CTA dramatic and compelling … so did I act? … yes I did!

I don’t think dual product advertising is a trend, I think there will always be logical, rational exceptions but I believe in as single a minded propositional focus as possible.  There will always be exceptions that prove the rule … Ian Botham is a natural sportsman and a fierce competitor and this ad just works … the simplicity of the payoff makes it hard to pick fault with frankly

Listen to the ad … it may save your life, but equally it might inspire you to look for connections … my sense is don’t try and manufacture them !

One thought on “Ian Botham and Smoke Alarms”